Grand Blanc Community Schools is proud to announce the induction of a former Bobcat into the 2021 Northwood University Athletic Hall of Fame. Class of 2007 GBHS graduate, Pamela Wison, will be honored in the university’s 15th annual Athletic Hall of Fame ceremony. The induction will take place at the Hach Student Life Center in Midland at a reception on November 6th, 2021 following the Northwood football game. Inductees into Northwood’s Athletic Hall of Fame are selected because of their athletic prowess, contributions to the athletic programs, success, and character, as well as their positive representation of Northwood University. Northwood’s website stated that Wilson is “one of the best and most versatile players in Northwood women’s basketball history.” 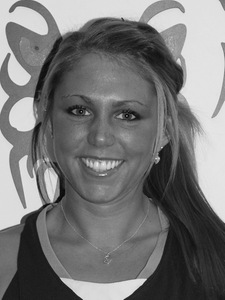 Pamela Wilson was an accomplished student-athlete at Grand Blanc High School. She started on the Varsity team in the second half of her freshman year - becoming second in rebounds and 4th in scoring. She earned a Big Nine Honorable Mention that year. As a sophomore, she was a Flint Journal “Player to Watch” and earned an All-State Honorable Mention and Big Nine 2nd Team. In her 3rd year of Varsity, she was 1st Team Big Nine, Academic All-League, and earned an All-State Honorable Mention. As a junior she scored double digits in 16 straight games and led the Bobcats in the regular season with 14.5 points and 9.1 rebounds per game - she was 3rd in the league in scoring. She was named “Female Athlete of the Month” in September 2006 by the Kiwanis Club. Wilson was ranked 11th in the state by the Detroit Free Press in her final year of high school, with an average of 16.9 points and 11 rebounds per game. Her free throw average was 81%. In total, She scored over 1000 points and had over 700 rebounds in her high school career. Off the court, Wilson was a dedicated student and a member of the National Honor Society, earning a 3.77 GPA. She went to Northwood University in Midland upon graduation, joining a program that would make a huge turnaround during her tenure there.

With Wilson, the Northwood Timberwolves had their best season ever, going 23-8 overall and 16-6 in the GLIAC. They took the GLIAC title all four of her years and qualified for the NCAA Tournament in 2008-09 for the first time in program history. It has taken until this year (2021) for Northwood to earn another NCAA tournament bid.

Wilson’s Northwood coach, Jeff Curtis, said in a 2018 interview, that Wilson was a “tremendous leader” who pushed her teammates and had a work ethic that was second to none. “She was constantly in the gym, constantly working on her game.” That article called Wilson “arguably the best female basketball player in NU history.” Jeff Curtis has gone on to become the Athletic Director at Northwood University.

She earned the highest individual honor of any women’s basketball player following her senior year in college - First Team All-America from WBCA. She was also named the Daktronics Midwest Region Player of the Year in 2011, and was a 2-time First Team All-GLIAC honoree, and still ranks 10th in the school’s scoring history with 1315 points and 11th in rebounds with 567. In fact, Wilson ranks in the top 10 in 13 different statistical categories at the University to this day. She continued to succeed academically, as well, earning First Team All-District honors as well as a GLIAC Commissioner’s Award. In her free time, Wilson worked with a Detroit Pistons Summer Basketball Camp, traveling throughout Michigan and Ohio coaching kindergarten to 12th-grade students.

In a 2019 interview with Mlive, Wilson said “I’m very proud because it’s not something that just came to me naturally. It came from a lot of hard work and a lot of hours in the gym.” 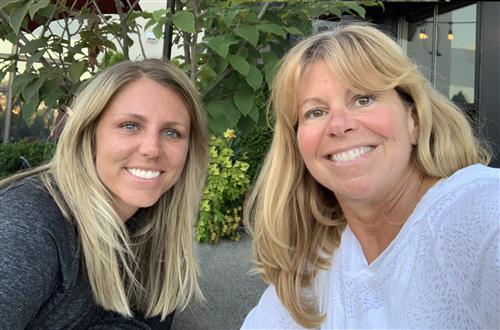 Pamela Wilson graduated from Northwood in 2011 and went on to earn an M.B.A. from Northwood’s DeVos Graduate School. She was an assistant coach in the NU basketball program from 2011-13. She now works as a financial consultant at Hantz Group in the Detroit area. Her mother, Deb Jewell, recently retired from teaching and chairing the K-8 science curriculum at Grand Blanc Schools, where she coached many successful GBHS JV and Varsity Girls’ basketball teams over the years.